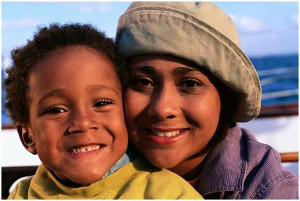 Some parents are afraid that their child won't change no matter what they do. Many find themselves reacting automatically when their child behaves inappropriately; as soon as he acts out, they're yelling and screaming, or getting sucked into power struggles. And even when parents try something new, it's easy for them to get discouraged. Some try to do different things from time to time, but when these methods seem to be ineffective, they eventually give up. This is true especially if the behavior has been a problem for years and they haven't been able to do anything about it.

I've found that if you don't really take the time to think your response through, you often wind up simply reacting to the things your children do-and not responding effectively. Many parents become frustrated with their child's behavior and want to give a punishment right away. Unfortunately, doing this doesn't provide any effective training to the child; in the end, it's just not helpful. There's a big difference between the words "react" and "respond." When you react, it's almost like a reflex-your buttons are pushed, and you go into your routine. But if you're responding, you're being more objective. You're still going to hold your child accountable, but you have more time to consider the consequence you'll give him and what you want him to learn from it-and there's less of a chance you'll take your child's behavior personally.

To anyone who asks the question, "Is it too late to change my parenting style?" I would say that it's never too late. It may not always be easy, but there are effective things you can start doing right away to change the way you respond-and to improve your child's behavior.

1. Decide What You Want to Work on First: One of the things I see with parents is that they don't know where to start. But I think it's simple: start with the things that put your child at risk. These are the behaviors that are physically or emotionally dangerous to your child or others-where he is hurting somebody physically, breaking things, or being unsafe outside of the home.

My experience is that if you want to change everything at once, you're going to be very disappointed. Not only is that an impossible task; you're going to alienate your child. I also think parents should address the things that violate their values and morals, and that are risky to the child and others. Start there. Do we want to change everything? Well, good luck, maybe we can. But I think we want to start with the most dangerous, risky stuff, and then move forward.

2. Pinpoint Exactly What You Want to Change: I think it's helpful for parents to break behaviors down into separate pieces and work on them one at a time. So if your child curses at you and storms up to his room and slams the door, start with the behavior you want to change most. When you talk with him, you want to break it down. Begin with, ?Don't curse. That doesn't help solve the problem, and I'm offended by it. What do you think you could do differently the next time you get upset?? Your child may not be able to come up with anything, but offer some suggestions and get him to pick one option. And then say, "All right, so the next time you're upset, instead of cursing, you'll just go to your room."

So work on the behavior you want to change most-then, move on to the next one. Don't try to tackle everything at once.

3. Explain the Change: If you're going to change a specific response to a behavior, it might be helpful to sit down with your child and explain what that change is going to be. When things are going well and everybody is calm, you can say, "Oh, by the way, I wanted to tell you something. I don't think being grounded in your room all day when you use bad language is working around here. It doesn't seem to be helping you to change. So from now on when you curse, you're going to go into your room until you write a letter of apology. Then, when you're done with that letter, you can read it to me and we'll talk about it. While you're in your room, I'm going to take your computer and cell phone away to make sure you stay on target." Be clear on what you're going to do. Your child may get angry and frustrated, but don't let him turn it into an argument. Say, "I understand that it might be frustrating, but this is how I want our family to work."


I also suggest that you don't make speeches, but keep your remarks specific and focused. Remember, speeches cut down on communication.

It's important to realize that what comes out of your mouth doesn't always get into your child's ear the way you want it to. And so even if your child is confused when you talk with him-he may be frustrated, worried, or angry-just try to stay calm. Whatever it is, say, "Let's just see how it works out first." Your child doesn't have to agree; it's not a democracy. Butit's a way of approaching problems that, over time, will change his perceptions of his relationship with authority and his relationship with you.

5. Manage Opportunity: Asking your child, "Do you know how it feels when you're disrespectful to me?" or asking, "How do you think Tommy feels when you take his lunch money?" are appeals to your child's empathy. But children, and especially teenagers, don't experience much empathy for anybody. They are simply not in touch with those feelings. The apparatus that manages empathy in the mind is not working properly yet; some say it isn't fully formed.

Regardless of the reasons, empathy is not an approach that will convince your child of anything. Consequently, they don't experience empathy for everyday situations, so you can't depend on that tactic to change their behavior. Instead, you have to work with their self-interest. If you want your child to change something, you have to demonstrate that he will benefit from changing; that it's in his self-interest. If you want your child to stop lying or manipulating, you have to frame it in a way so he can see how he would benefit from stopping that behavior. It's not helpful to say "Can't you see how much your manipulating hurts me?" Instead, say, "Aren't you sick of getting grounded for manipulating? You're the one who gets hurt when you manipulate. Remember, Josh, the consequences won't stop until the manipulation stops. So stop doing this to yourself."

7. Set Limits and Give Consequences: I think an important component of teaching our kids is learning how to set limits on them. There's an old saying: "You can lead a horse to water, but you can't make him drink." But I say, "You can lead a horse to water and you can't make him drink-but you can make him thirsty." That's what your consequences should be designed to do. Accordingly, we can't make our child change. But if we use the right combination of consequences and motivation, we can, in a sense, make them thirsty to change.

Remember, consequences are a means to an end. And if you find an effective consequence, continue to use it. By "effective" I mean that your child responds to it, even if only for a short while. It's not always helpful to immediately go for a bigger hammer if the consequence doesn't appear to be working. You should always have a bigger hammer in your toolbox, but escalate slowly.

Here's the deal: someday your child is going to change-if not for you, then for his boss, a judge, his probation officer, or his girlfriend. Hopefully he'll change before he engages in too much self-destruction. In any case, you're on duty now, it's your watch, so just do the best you can.

So how do you know if you should change your parenting style? I believe that you have to change the way you parent if what you've been doing up until now has proven ineffective. There's information regarding learning effective parenting styles, giving effective consequences, and ways to have conversations with your child that promote change and don't create excuses. Do your best to access that information, both here on Empowering Parents and in other trusted places.

And remember: It's never too late.

("It's Never Too Late" reprinted with permission from Empowering Parents)
by James Lehman, MSW