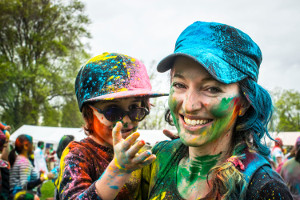 Have you made your usual New Year resolutions? You know the resolutions where you turn over a new leaf to get fit, steer away from junk food and start a savings plan. While you are reflecting on past bad habits and setting new directions for your personal life consider taking stock of your parenting as well.


A word of warning -- you will probably feel a little inadequate as you look back on some of your past practices. If you are like most parents you nag your kids too much, over-react when they mess up and you probably regret not spending enough time with them. Don't be too hard on yourself. Not only is parenting the world's hardest job but children aren't born with owner's manuals so we tend to rely on trial and error a great deal.

1. Be consistent with your discipline. This is a big ask as dealing with kids' misbehavior tests the patience and resolve of the even the most assured parents. Set consistent limits and boundaries, even for adolescents, and be willing to negotiate and give a little ground. When children refuse to cooperate or break the rules, act calmly and reasonably rather than resort to severe measures to 'teach them a lesson'.

2. Avoid nagging, yelling and constantly reminding children to cooperate. Sometimes it is better to keep quiet than nag or remind children to do their chores, behave or just be reasonable human beings. It is no coincidence that parents who nag frequently complain of 'deaf' children. There is usually nothing wrong with children's hearing. They simply listen to what they want to hear.

3. Focus on children's positive behaviors. If you find yourself continually pointing out your children's misbehavior and getting nowhere then try to ignore the inappropriate as much as possible. Get into the habit of 'catching kids being good'. Like adults, children respond to favorable comments and are likely to adopt behaviors that gain them attention.


4. Encourage children persistently. It has been estimated that children hear 17 negative comments at home for every piece of praise or encouragement. Exposure to continuous criticism and negative comments can have disastrous effects on children's self esteem. If you are not an encouraging person then linking your positive comments to something you normally do such as saying good night to your children. Then you will know that you have encouraged them at least once each day. That's a good start.

5. Spend more time together as a family. In an era of working parents and busy children finding time for everyone to be home together is increasingly difficult. Be specific with this goal or it will end up on the scrap heap of broken resolutions. Aim to have at least one shared mealtime each week or spend one weekend a month devoted purely to family purposes.

6. Give yourself a regular break. Don't be a slave to your family. Taking time out to do something just for yourself is a necessity rather than a luxury. Revise your household routine, solicit the help of your partner or relatives, or employ a baby-sitter to provide you with some time-off.

7. Plan some time to be with your partner. Whether it is a romantic weekend away or just meeting for coffee together once a week make sure you have an opportunity to spend time with your partner - and don't talk about the kids.

8. Make guilt work for you. Let's face it, parents can find plenty of issues to feel guilty about. Leaving children in child-care, long hours spent at work, and even discipline measures are common sources of guilt. Avoid easing your guilt by being too lenient, spoiling or indulging children with toys or other material possessions. Guilt can be beneficial though; if it reminds you to take time off work to attend a child's school play children or prompts you to hire some domestic help to create more family time.

9. Make a plan to survive those difficult times. Only television families are free of manic times of the day. Mealtime mayhem, morning madness and bedtime battles are common in many families. Identify your difficult time of the day and get super organized and be willing to make yourself scarce if children make unnecessary demands on you at these times.

10. Stay out of children's fights. Brawling siblings disturb the peace so it is difficult for parents not to become involved. Chances are you either plead for peace and quiet, make a ruling to end the dispute, or take sides to lay blame on the child who caused the infraction. If you are tired of interfering in children's battles then leave it up to them to resolve. When your children begin to bicker beat it to another part of the house or boot them outside until they have finished.

11. Control that television set. If the television is continually on in your house then it is time to establish some tight limits for viewing. Ten hours per week is a reasonable guideline for children of most ages. Have a television-free night and let children sample other forms of entertainment.

12. Check your children's computer usage. Computers are rapidly replacing the television as the electronic baby-sitter in many families. To be fair, computers have more educational potential than the television but children predominantly use them for games, unless they receive assistance and direction from parents. Pull up a chair and join in rather than leave children to their own devices whenever they hit a computer.

13. Avoid giving into temper tantrums. Do you give in when your toddler throws himself on his back in the supermarket and thrashes about like a crab? Do you throw your hands up in despair if your teenager stomps off to her bedroom slamming the door behind her when she doesn't get her own way? Tantrums are a potent form of emotional blackmail designed to coerce parents to give in to children's demands. Next time your child throws a major wobbly remove yourself and refuse to give in to such tactics.

14. Avoid the 'good' parent syndrome. Good parents protect children from many of life's difficulties and rob them of opportunities to develop independence and responsibility. They take forgotten lunches to school, pay fines for their children's overdue library books and believe that chores are for parents rather than children. If this sounds familiar let children take more responsibility for their own actions in the coming year.

15. Keep misbehavior in perspective. You probably think at times that your children or teenagers are the world's worst or that no one else acts up like them. Think again. If your child misbehaves the chances are that he or she is no trailblazer. Many others mess up too. That is little comfort, however, if you have to put up with difficult kids day in and day out. Regardless of how hard things become try to focus on their positive behaviors and work hard to maintain your relationship even if it appears that the effort is all one way. Your persistence will pay off in the long run.