The Top 5 Parenting Mistakes and How to Avoid Them 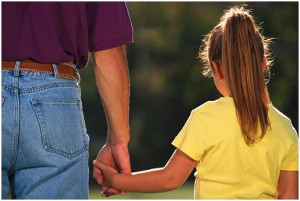 As parents, we all make mistakes. On the Parental Support Line, I often encourage parents to give themselves a break-after all, it's impossible for any of us to be perfect. Our kids test us at every age and stage; it's part of their job as children to push boundaries with us and see where the line is drawn. As they get older, it can often feel like we are running through a parenting obstacle course: just when we've figured out one stage-and its many challenges-our kids move on to the next one. So you might feel pretty confident in your role as a parent when your child is nine, but then everything changes again when he moves on to the tween years and starts acting out in new, unimagined ways.


Personalizing your child's behavior. It's hard not to take it personally when your child misbehaves or says something hurtful to you. I think it's important to accept that you will get upset from time to time and your feelings will be hurt. You might be shocked and angry when your child misbehaves, and that's natural-you're human. But try to recognize when you're too upset. Remind yourself that when you feel this way, you've got to give yourself some time before you interact with your child about it; try to calm down before you come up with your discipline strategy.

How will you know you're personalizing things? You'll feel really upset. You'll say or think things like, "How could he do this to me? How dare you speak to me that way! You'll do what I tell you to when I tell you to do it." What you want to do instead is recognize that you're taking things too personally and then try to detach from the situation. Calm down and leave the room if you need to. On the Support Line, I often start by asking parents "What behaviors are you concerned about?" The parent might respond, "My child is disrespectful." But in order for parents to begin to tackle problem behaviors, we need to talk in terms of "doing" and not "feeling." I'll then ask, "What was going on when your child wasn't respecting you?" The answer might be, "Well, he wouldn't do his homework,? or "She won't clean her room.? I actually like to hear that, because I know that now we have something to work with-a behavior that we can tackle, instead of an emotion. As James Lehman says, "Focus on the behavior, not the feelings." You can fight with your child until you're blue in the face about disrespect or motivation, but the way to really effect change is by focusing on their behavior.

I often recommend that parents set up a structure and real goals that their kids can work toward rather than lecturing your children about how they should respect you. That will never get you anywhere.


Misunderstanding the developmental stage of your child. It can be easy to misunderstand the developmental stage of your child, whether they are younger or in their teens. What I mean by this is that parents sometimes assume that their young child has more understanding about human nature-and how he should behave-than he actually does. On the Parental Support Line, I hear from many parents who have the expectation that their children should be altruistic, for example-that their kids should think of other people first. And if a young child has an advanced vocabulary, it's easy to assume his verbal ability indicates he's also physically and emotionally advanced. But as James Lehman says, "They're not little adults, they're children." You can't expect your child to have the same kind of empathy, altruism or physical discipline and skills that you do. They simply don't have that capacity yet.

This also shows up with teens-there is an expectation that teenagers should feel gratitude, be very empathetic, and be future-oriented. So parents will try to motivate their kids by lecturing them about their future. The truth is, teens are very selfish in their focus; that's part of the developmental stage they're in as adolescents. It's our job to teach them empathy and goal-setting. I don't think there's any point in getting angry with your child for something they can't do yet. Knowing what your child is capable of at a certain developmental stage can really help you to have reasonable expectations for them.

Expecting one type of parenting style to fit kids with a specific diagnosis. James Lehman says that regardless of your disability, you still have to figure out how to get along in society. This is absolutely true, but some parents take it to mean that all kids can and should respond to the same kind of parenting. The truth is, for kids with ADHD or other diagnoses, your parenting style will have to change a bit to be effective. Simply setting up a structure and using consequences to keep a child with ADHD on task, as you would for a child who does not have it, will usually not work-in fact, it's been shown that children with ADHD respond better when you alter the rewards and consequences system. (Dr. Bob Myers explains how to do this in his Total Focus Program for kids with ADD and ADHD.)

Kids with ADHD may know how to do things, but sometimes they just can't pull it off. Maybe they get started on a task, but they can't finish it because their impulsivity or distractibility gets them off track. If you don't understand that as a parent, then you're punishing your child without being helpful to him-and the behavior won't change. That's why you need to learn how to coach your child appropriately by saying things like, ?Hey you're getting off track. Why don't you come back and finish your homework first before you start on the next project?? You also may need to accept the fact that before their meds kick in, they are going to have a challenging time getting ready for school.

So even though the end result is that you want your child to function in society as an adult some day, that doesn't mean that you treat every child the same way. You still have to parent differently according to your child's needs or diagnosis.

Looking for a "magic consequence". Parents often ask me, "What's the best consequence for this behavior?" They want a list of consequences they can plug in when their child misbehaves, but that's not exactly the way it works. James Lehman recommends using a consequence that is related to the behavior, if possible, so it is often case-specific. For example, if your child can't wake up and get ready for school in the morning, you might make him go to bed earlier. But, experiencing this consequence is really only part of solving the problem of why your child isn't able to get ready for school on time. So with that consequence, what you're also teaching your child is, "You're too tired-you need to get more sleep." Problem solving is the foundation of this technique, not giving consequences.

The other problem with looking for a "magic consequence" is that it assumes that the consequence itself will change behavior. But when you want to change what your child is doing, you really need a whole system of discipline, limit setting, coaching, teaching and problem solving, like the one James Lehman created in his Total Transformation Program. James says to always ask yourself the lesson your child needs to learn. That lesson may or may not include a consequence. Think of consequences as a tool in your toolbox that you may or may not use, according to the job. Remember, consequences alone will not change behaviors; if they did, all we would need would be a consequences and rewards chart-but we need more. You can't make lasting behavior changes without using problem solving.

Believing that harsh, long-term punishments will work. Harsh, long-term punishments usually come about when parents are personalizing their child's behavior. Some parents feel that if their child gets a really severe or long-term consequence, they'll never forget it-and the experience will cause them to never disobey them again. But if your punishment is too harsh, your child won't feel remorse but probably will feel resentment towards you. In my opinion, we don't want to use punishments to create fear, shame, physical pain, or resentment.


Don't take away special occasions, birthday or holiday celebrations, or anything the child cannot earn back. Taking away a video game for a week is very different from taking away a homecoming dance your son or daughter will never be able to go to again. Instead, you want them to have opportunities to practice doing the behavior correctly and to earn privileges.

It can take practice for your child to change his behavior, and being able to practice means learning how to make better choices. So being grounded for three weeks is often ineffective-you're really just "teaching your kid how to do time," as James Lehman says, not how to change what he's doing. You'll also be lucky if your child remembers why he's been grounded in the first place. And here's another big one: you've got nothing to work with as a parent-no opportunities to use incentives to motivate your child during this time. Your child needs the opportunity to practice getting it right the next time in order to improve behaviors.

Here's an example. Let's say your teen frequently swears at you and his siblings. Giving him a long-term consequence gives him no opportunity to practice controlling himself-he has no incentive to try. He's already lost everything for three weeks, so he'll probably reason that he might as well swear, because he's got nothing left to lose. Rather than trying to stop something that happens frequently all at once, require your child to make steady improvements.

Instead of long-term consequences, we recommend that you first think about how frequently a behavior happens. Set your goal at gradually reducing the frequency. So if your kid swears at you four times a day, your initial goal might be three times a day with an eventual goal of zero. This can be hard to accept at first, but this really works.

Also, if the behavior happens four times a day, you've got to have incentives that you can use four times a day. For example, you might take away your child's cell phone for two hours each time. And in that time period, your child has to practice not swearing at anybody in the house in order to get his cell phone back. If he does swear again, the two hours start all over again. Now, rather than trying to stop something immediately, you're encouraging your child to learn how to behave appropriately, all the time. And that's the name of the game-for every parent.

("The Top 5 Parenting Mistakes And How To Avoid Them" was reprinted with permission from Empowering Parents.")
by Carole Banks, MSW