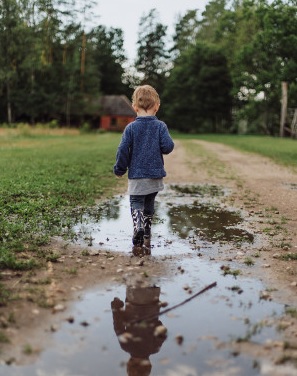 Discipline means teaching. It is not the same as punishment and shouldn't be confused with it. The usual way of disciplining children has been to reward children's obedience and punish disobedience. This form of discipline, however, can create potential problems. A more beneficial way of disciplining a child is with natural and logical consequences. This will raise resilient children rather than compliant children.

Many of us were raised by parents using this disciplinary system. This method, however, has certain disadvantages:

*Prevents children learning to make their own decisions --consequently from adopting rules for effective behavior.

*It suggests that acceptable behavior is only expected in the presence of authority figures.

*Invites resistance by attempting to force children to conform.

Consequences are positive or negative outcomes resulting from a person's actions. For every action, there is a reaction. This method has certain advantages over punishment. It is a method of discipline that develops responsibility in a child.

Natural consequences occur without any interference by the parent. For example, if a child refuses to wear shoes, the natural consequence may be that the child cuts his foot on glass. The parent didn't do anything to make the child hurt his foot. The child's foot was hurt because of his decision to ignore the parent's advice and wear shoes. Natural consequences can become frustrating for parents - positive results can take longer than alternate methods. It's important for parents to remember the process of learning from mistakes is worth the wait.

Logical consequences are imposed by parents when the child behaves in a certain way. They are logically related to the behavior. For example, if a child refuses to wear a bike helmet, bike riding privileges may be removed for some time. A natural consequence such as allowing the child to ride her bike without a helmet would be inappropriate and neglectful in this situation.


Deciding between Natural and Logical Consequences

But, if a teenager refuses to wear a seatbelt when driving, a natural consequence would be neglectful. A more appropriate logical consequence of not allowing the child to drive the car would be more suitable.